by Fulcrum, is a top-selling greenhouse book for home hobbyists. It was first released in 1982 and is now in its 3rd edition. Also in 1982, he wrote The Frost Free Greenhouse, for the Department of Energy. It was the first book written on the subject of farming with unheated greenhouse-like high tunnels, using only the design of the structure and solar heat to prevent frost.

Shane Smith is the Director of the Cheyenne Botanic Gardens, founded in 1977, and Wyoming’s only public botanic gardens. It is a volunteer-centered project (mostly seniors, youth and handicapped volunteers) with an emphasis on community and sustainability.

About the Cheyenne Botanic Gardens

The operation includes 9 acres of developed grounds, one of the nation’s oldest and largest solar-heated and solar-powered greenhouses, and the Paul Smith Children’s Village, which opened in 2008. The Children’s Village was the nation’s first public children’s garden to receive LEED Platinum designation. He is currently in the early stages of developing the 62-acre High Plains Arboretum sited on the site of a former USDA horticultural research station.

Beginning with his first garden radio program while in college in 1975, he has had a continual involvement in bringing gardening to the public via radio. Since 1978, he has produced a garden-oriented radio program on KFBC AM in Cheyenne, which is the longest continually running regularly scheduled radio program in the city.

Shane Smith, individually, is the recipient of: 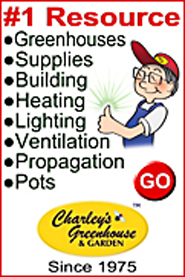